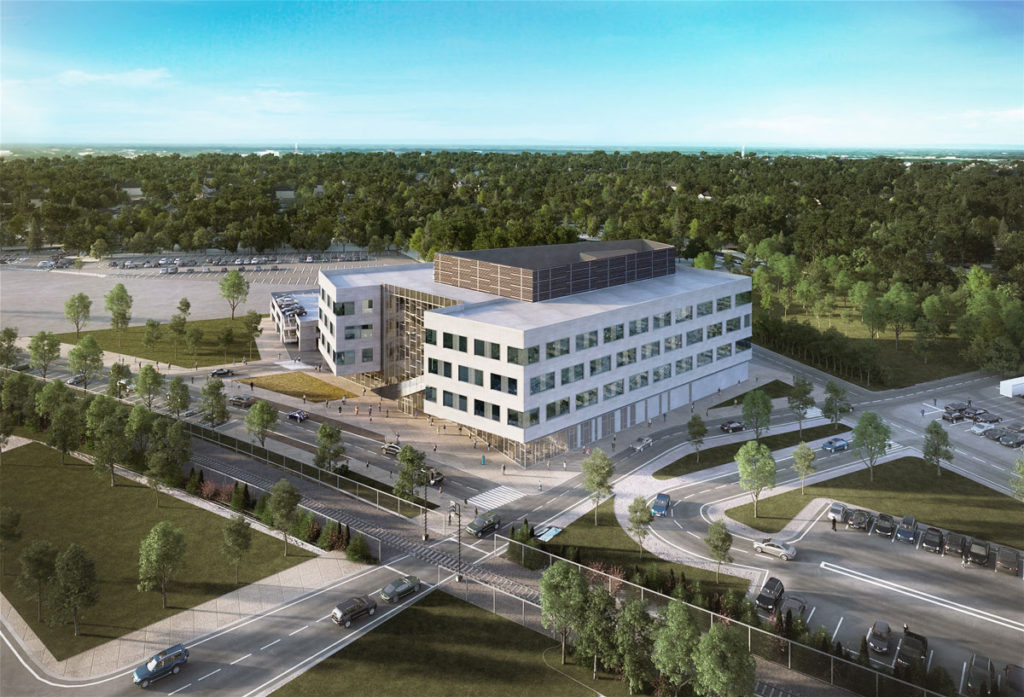 Prism is finalizing plans to build a four-story, 150,000-square-foot speculative laboratory building at ON3. “This state-of-the-art facility will be New Jersey’s first spec lab in recent history and answer the market’s sustained demand for modern R&D space,” noted Prism’s Edwin Cohen, principal partner. “We already have leased up approximately 500,000 square feet of existing lab space at ON3, with continued strong interest. Simply put, more lab inventory makes sense, and this first spec project will truly be a milestone for the campus.”

Additionally, Quest Diagnostics, the world’s leading provider of diagnostic information services, will break ground imminently for a flagship laboratory on a 12-acre parcel. The 250,000-square-foot, owner-occupied lab will become the largest in Quest’s network of 20-plus major laboratory facilities across the country, and will employ more than 1,100 people. The facility will incorporate innovative uses of building design and automated technology to provide a broad range of advanced diagnostic information services.

Both the Quest facility and spec lab will benefit from ON3’s existing infrastructure, including its central utility plant with a 10-megawatt cogeneration facility. “The in-place multi-redundant heating, cooling and electricity enables the design of buildings with superior efficiency at a lower cost,” Cohen said. “In turn, this creates a better value proposition for lab users, which elevates ON3’s competitive positioning.”

The significance of the new development and its R&D emphasis is notable. “The expansion of R&D facilities at ON3 signals the region’s continuing rebirth of life sciences and biotech on a site that was once home to healthcare pioneer Hoffmann-La Roche,” said Cohen. “Governor Murphy’s vision of New Jersey becoming the destination of choice for innovative companies and creating jobs is coming to life at this campus.”

Quest Diagnostics and future tenants of the spec lab building will join the growing hub of industry leaders in life sciences and biotech at ON3. In mid-2018, the new Hackensack-Meridian School of Medicine at Seton Hall University opened its doors at 123 Metro Boulevard. Seton Hall University’s Graduate College of Nursing and School of Health and Medical Sciences are located at 123 Metro Boulevard as well, and Hackensack Meridian is creating a National Institutes of Health-designated Clinical Research Center at the property. ON3 also serves as home to biofabrication company Modern Meadow, which moved into its laboratory at 111 Ideation Way in 2017.

ON3 is positioned to set a benchmark in Walking Urbanism. Located just nine miles from Manhattan on Route 3, the mixed-use complex will integrate office and R&D facilities, recreational, hospitality and wellness options, among others. In addition to the brain trust of organizations in life sciences and biotech, ON3 is attracting high-profile companies from a range of sectors. Most recently, the Ralph Lauren Corporation signed a full-building lease. The iconic American lifestyle brand will move its New Jersey hub to 100 Metro Boulevard (supported by a $33 million Grow NJ grant).

Prism’s campus infrastructure development continues to progress at ON3. Slated for completion next spring, Phase 2 of the infrastructure project is creating a robust roadway network that both allocates and integrates spaces on ON3’s west side, and enables the campus to be easily – and fully – traversed. Phase 1 of the infrastructure improvements focused on the addition and rebranding of streets on the east portion of the campus, the installation of new sewer and storm water systems, and electrical grid enhancements.