PRISM’S DIAZ ABOUT ON3: ‘WE ARE TURNING AWAY SOME FIRMS THAT WANTED TO BE HERE THAT WE DIDN’T THINK WERE UP TO SNUFF’

Developer of former Roche site, to house medical school and more, wants brands that have a commitment to growth in state 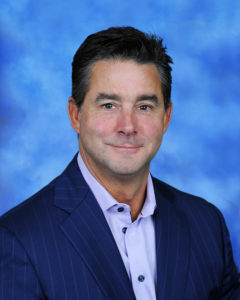 The doors are open at the state’s newest medical school, the Hackensack Meridian School of Medicine at Seton Hall University, but, behind the scenes, there is ongoing work to bring to life what some hope will be an economic boon to Clifton and Nutley.

Prism Capital Partners, the developer on the ON3 project, has been busy filling in its anchor tenants. While no announcement has been made publicly, state tax incentives were awarded to Quest Diagnostics and Ralph Lauren.

Gene Diaz, principal at Prism, told ROI-NJ on Wednesday that the vision for the campus is to create a stable economy.

When Hoffmann-La Roche left in 2013, the region was hit by the loss of a $15 million commercial ratable.

“Ultimately, our goal with this campus was to change the overall campus from a monolithic, singular tenant campus, into a multitenant, vibrant, mixed-use environment,” he said. “That stabilizes ratable bases for everybody, because they are not dependent on one sector of the economy. Even medicine has its ups and downs.

“So, what we are trying to do is find enduring companies. We are turning away some firms that wanted to be here, that we didn’t think were up to snuff. But bringing brands that have a commitment to growth in the state, are going to bring a high level of employee wage growth and education to this area: Those people will contribute to the local economy.

“We’re significantly ahead of progress in attracting additional anchors with great brands, great identities and a great corporate culture. There will be official announcements soon, in the next 30 days.”

Robert Garrett, co-CEO of Hackensack Meridian Health, said the new campus will have a lot of diverse companies.

In addition to the medical school and the health care programs from Seton Hall University, tenants will include retail, restaurants, food, grocery and fitness and wellness.