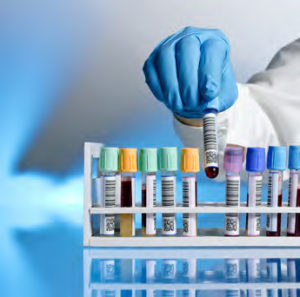 The vision for ON3 in New Jersey is bold and it's boosting the state's performance in Life Sciences. As the state’s largest contemplated redevelopment, ON3 is a next generation lifestyle hub, which incorporates an appropriate mix of supportive uses, such as office, R&D, residential and retail along with lodging and entertainment concepts. The first-of-its-kind community will offer the ultimate environment to live, learn, work and play all right here at ON3 in New Jersey!

ON3 is located just 9.5 miles from Midtown Manhattan, right in the heart of the northeast’s thriving life sciences corridor.

A new synergy among like-minded businesses geared toward life sciences at the 116-acre former Hoffmann-La Roche campus will no doubt advance New Jersey’s performance in the industry while attracting the most innovative businesses and scientific talent.

With high rents and tight lab availability in major biotech cities like New York and Boston where such bio science ecosystems exist, the search for value is driving companies to the suburbs. ON3 is a mini metropolis in the suburbs ideal for today’s research, technology and knowledge-based organizations.

Prism Capital’s focus in the redevelopment is to attract the widest array of users to ensure longevity of users’ tenure. The campus itself will house the state’s first private medical school in decades from a joint plan of Hackensack Meridian Health and Seton Hall University, which is the campus’ flagship project in Buildings 123 and 123A. Additionally, Modern Meadow is a bio-fabrication firm that has announced relocation of its headquarters to ON3.

On vacant land, negotiations are taking place for purpose-built facilities, and there are also residential, retail and service opportunities to provide 24/7 convenience living today’s knowledge workers desire. With opportunities for living, working and learning all in the same ecosystem, workers will have easy access to a vibrant lifestyle and convenient amenities for a work-life balance that can only be found right here ON3.

ON3 will also have a positive spillover into the local economy. This redevelopment will bring back high-paying jobs and generate significant tax revenue for an area which sustained a difficult blow with Roche’s departure. In its heyday, Roche employed 8,000 to 10,000 people, and in June 2012, Roche announced the campus' closure, laying off 1,000 workers. The municipalities also sustained the loss of $15 million in annual tax revenue and were eager to redevelop the property with industries that offer high-paying jobs. ON3 will attract a wide array of innovative users that integrate seamlessly into the campus to promote economic development right here in Clifton and Nutley for generations to come.

With work underway at the existing five buildings and negotiations taking place for vacant land on the property, ON3 is poised to give New Jersey an exciting boost, strengthening the state’s position in tech and innovation through its new science center.